As NITOC was canceled, the Stoa season cut short, and graduations across the country dismissed, seniors across America were disappointed and dismayed. The Class of 2020 came into the world at one of the darkest times in our country’s history as the Twin Towers fell, and now they are leaving their childhood in a time when Americans are scared, hopeless, and broken. Throughout the nation, teens have turned to TikTok, Netflix, and memes to fill the void COVID-19 has left in their lives. But the seniors of Stoa have decided to take advantage of this unprecedented time and put into action all the skills they have spent so much time crafting during their time in Stoa.

We can be the light people need in a time when the world seems so dark. These Stoa seniors have used and continue to use the talents God has given them to be a light to those listening to what they have to say and sing.

As a senior who competed in Stoa for 5 years, Danielle saw her fair share of highs and lows, accomplishments and failures. Yet throughout it all, she has always kept her eyes focused on the One from whom all blessings flow. And now when the world is in one of the darkest places it’s been, Danielle is becoming a light to those around her using the skills she learned in Stoa.

When NITOC was canceled, Danielle was just as disappointed as the rest of us. But she didn’t let that disappointment hold her back. Even though her time in Stoa has come to an end, Danielle has continued debating through a program called World Schools debate that allows her to travel the world debating with friends, meeting new people, and having new experiences. Danielle says this different debate format challenges her to think deeper and analyze more than any other type of debate. She recommends World Schools debate to any high schooler who is looking to debate, travel, and make amazing friends and memories all at the same time.

Outside of speech and debate, Danielle is heavily involved in many creative arts, including photography, music, and writing. Since Danielle was little, music has always played an important role in her family. She began creating music when she was just three years old. Some of the first things Danielle wrote were music lyrics! Today, aside from competing in various debate leagues, Danielle has been actively making music with her first single “Broken Yoke” out now under the name “Danielle Iry” and an EP to come around summertime. Danielle’s EP will be called “Clouds Clear”, describing how she was inspired by the world around her, something we all experience every day.

Danielle has also taken this unique opportunity to pursue her passion for photography and filmmaking. Through the lens of her camera, Danielle captures and communicates things words cannot describe. She uses photography as a creative outlet, portraying everything from portraits of her friends and family to landscape shots and stills of concert mosh pits.

Even in the midst of NITOC being canceled, Danielle wants to encourage Stoa seniors to use the skills learned from Stoa to pursue other passions God has put inside each of us. And to all of the younger competitors who still have time left in Stoa, cherish these memories, take more pictures and videos, and don’t take the time you have left for granted!

When NITOC was canceled, Micah felt the relief of the “finally it’s over” moment. It’s no secret Micah saw huge accomplishments in the 2018–2019 season, and he was on the path to do so much more with his senior year as well. But when the season came to an end, it opened the door for him to spend more time on his other passions, such as writing and producing music.

Music has been a part of Micah’s life for as long as he can remember. Every time he heard a song on the radio, it inspired him to create songs of his own. While we have been stuck in our homes, Micah has been able to take the unique opportunity to use the skills he gained through Stoa to write, create, and produce his own music.

Micah had a lot invested in Stoa, but instead of giving up when it seemed like the most fitting time to do so, he invested his time into another God-glorifying activity. We may seem to be experiencing a frustrating and even scary time at the moment. But Micah encourages all the seniors, and anyone struggling with the cancellations happening right now, to trust that God has your story written, and He will turn all things for His glory. And for younger competitors, Micah encourages you to take this opportunity that no other Stoa competitors have had before and work! Work on speech ideas, debate research, limited prep practice, everything! Don’t waste your time watching excessive amounts of TikToks, but instead spend this time refining your skills so when the next season rolls around, you will be ready by the first tournament, not the third or fourth.

Clara is someone who put her all into Stoa. If you ask any one of her friends, they will tell you Clara is one of the hardest working people they know. Although her time in Stoa is over, Clara has channeled all that hard work she put into speech and debate into other projects, such as poetry, short stories, a new blog, and even the start of a novel.

Clara has had a love for reading and writing ever since she was a little girl, and Stoa has helped her refine and sharpen her skills. Although saddened by the loss of NITOC and the rest of the Stoa season, Clara took this opportunity to write like she has never written before. Clara has been writing up a storm!

Clara knows the pain of losing NITOC and the rest of your senior year just as much as the rest of us, but she wants to encourage all of her fellow seniors to pray for perspective. The COVID-19 pandemic is a lot bigger than tournament cancellations and school closures. Our pain is real, but so is the pain of many others. We need to take this opportunity to show people what it is like to live life with Jesus. We are alive in Him, we are forgiven, and we are redeemed. Many people around the world right now are not living that way. They are living in fear and anxiety, but we can show them there is another way. When we choose to live a life following Christ, we leave fear, anxiety, and depression in the dust and we are able to live a life full of joy, hope, and peace through Jesus Christ.

Ballad of the Ballots

While first she read this one she nearly cried

It pushed frustration brimming over every side

She kept it anyways, a long time sore

Critiques that she could not ignore

That other one she felt an urge to frame

Such lavish compliments ascribing to her name

She thought of it at times to boost her drive

And at another peak arrive

So influential were these hasty thoughts

But of the two, the harsher pushed her best

And challenged her to earn the rest

If you would like to recommend a senior to be featured next month, please contact Tammy Flood by May 10th. 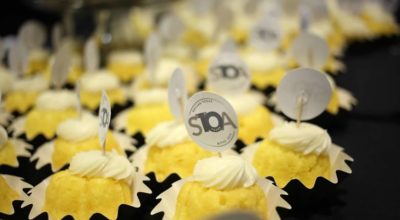 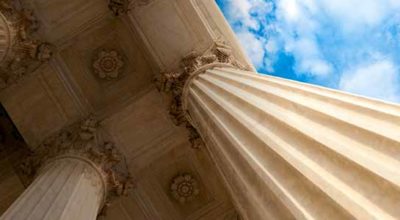