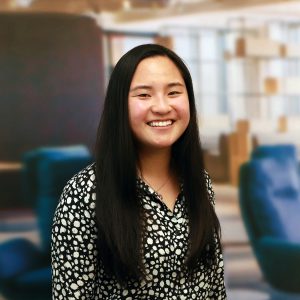 The topic of race and gender is divisive in today’s political climate. On one hand, some claim that color doesn’t really matter – that we’re all the same. While this may be true, failing to acknowledge and invite ethnic and cultural diversity can create a homogenous culture that perpetuates longstanding stereotypes and raises barriers to entry for minorities.

On the other hand, some claim that color is the primary distinguishing factor between people – some call “identity politics.” While this may be true, overemphasizing the ** can create an artificial hierarchy based on historical stereotypes that perpetuates the victim mentality and inflames longstanding hostilities between peoples.

Since I lean center-right politically, the conferences I attend and organizations I associate with tend to fall into the first camp. I have no doubt that leaders in these organizations fully believe in racial equality and see each individual as fully worthy of respect and dignity, regardless of skin color. However, it’s still hard to ignore the obvious: that I am usually one of the few minorities present in the room.

Last weekend, I attended one such conference, comprised primarily of white, Christian conservatives. Although I loved and admired the people that I met, it was still hard not to feel out of place at times in a predominantly white culture. After trying in vain to process and wrestle with my thoughts and emotions in bed, I finally turned the lights back on at 1am and penned this poem.

My hope in sharing this poem twofold: first, that conservative organizations would broach the topic of cultural diversity more openly and more intentionally reach out to minorities and women; second, that the Asian-Americans and other minorities would support and encourage leaders who desire to serve their communities in the political world. I am thankful for role models (minority or not) who have blazed a path for aspiring leaders like me, and I hope that my children will be able to look up to leaders who truly represent the breadth and depth of America’s melting pot.

“Graduated from college,” I laugh

Looking young is a good thing”

*thanks for the compliment?

Trying to navigate your big round world

Yeah I guess all people are the same

And you say not to judge by the skin

And that color doesn’t matter?

We all equal, after all

I used to think that way

But you see, I was living with people that looked like me

My world was diverse

But it was still a bubble

Now that I’ve stepped into your world

I realize that I had my bubble

But do you realize that your world is a bubble?

Either way, I’m not supposed to talk about race.

Because we’re all the same.

Out of many, one.

For many years I thought that color didn’t matter

I would’ve agreed with you

But when I step into your world, something feels different

All the white boys in the room

With their pretty white wives

And their dangly earrings and pointy toed heels

Because by saying that race doesn’t matter, it sometimes feels like you’re pretending not to notice my difference

But that doesn’t mean that I don’t feel it.

Your food is different

Your talk is different

Your walk is different

Everyone looks different from me. And yet we’re all the same?

And I have a lot to learn, I guess.

But can we stop pretending that I’m the same?

Can we point out the elephant in the room – that I’m the only one here with yellow skin and squinty eyes?

That, if you listen carefully, I still have traces of my mom’s accent that my high school speech coach could never fully eliminate?

But why do I feel so different?

Why do I feel so insignificant?

What is this angst and why can’t I explain this to anyone?

I was really proud

The curry reminded me of home

And of my momma’s cooking

But a few hours later

How can anyone dislike creamy Thai curry over steaming white rice?

But then I remembered

I was in your world, not mine

Your world is different. And I chose to come here.

I miss my bubble.

It’s hard trying to understand your culture and fit in

If I’m having a hard time, think of how my immigrant parents would fare if you threw them here

Think of how my immigrant friends back home would feel

Maybe that’s why it’s hard for us to break into your world.

We’re so different, and your culture already has all the answers to society’s problems. Or at least you claim to.

I get you. I, too, believe in Jesus

I, too, believe that the Bible holds answers for everyone

And you know what?

That means we’re brothers and sisters

People say it’s the inside that matters

But could the outside matter too?

I’m an immigrant to your world

Don’t get me wrong I want to stay here

But what if you asked me about mine?

Maybe, just maybe, we could start talking about how to reach out to my culture?

Not just to convert them

Not just to win votes

But to understand them

And to include them

To show them that you really care?

That your words are not just fluff?

But, you see, the minority always has to understand the majority

What if, for once, the majority sought to understand the minority?

In many ways I’m a trailblazer, I know

But might I hope that there will be more little Asian girls who dare to step into your big white world?

And might I hope that it’ll be slightly easier for them, just as coming here was easier for me than the generation before me?

And while we’re at it, what about including the Hispanics, the Arabs, the Blacks, the Native Americans?

I’ve tried to understand your world

But I would also like to show you mine too

You don’t have to like my food, but it’ll mean a lot to me if you try it

You don’t even have to use chopsticks – Chinese food with forks is fine.

Oh, and can I show you my grandma’s painting?

And my grandpa’s abacus?

I grew up learning about American history

And don’t get me wrong, I’m super proud to be an American

Shouldn’t we learn about all the ingredients that went into the pot? Even the little spices?

But at least our world will be a little more colorful?

Isabella competed in Stoa from 2012 to 2016 with Legacy Speech Club and Clash Debate, placing 7th in the nation her final year. After graduating from UC Berkeley in 2019, Isabella spent a gap semester at the John Jay Institute in Pennsylvania, where she studied history, philosophy, and political theory from a Christian perspective with a tight-knit cohort of 8 students. She is now working at her second post-college job as a Sales Strategy & Analytics Associate with Gainsight, a software company.

Second Place: “All Manner of Thing” 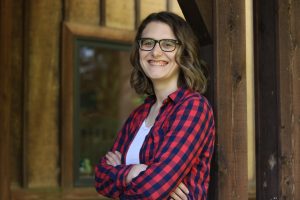 All Manner of Thing

Though Love once reared the Hell that broke
Achilles’ rage and weary heart,
And built the horse that breached the walls
And empty temples rent apart—

Though God stretched out His mighty arm
And snatched the Captain’s feeble limb,
Then breathed His vengeance in the Whale
Mad Ahab sought in voyage grim—

Though on the rising mountain path
The Poet lost his dearest guide
Who suffered, suffered into truth
He could not know before he died—

Perhaps the hands that built the walls
And tore that city down again
Will dry those eyes that weep for Troy
And cross the souls of soldiers slain.

Perhaps the mind that ever knows
The Crucifix in Ahab’s face
Has sent His Son to calm the waves
And shatter in the Pequod’s place.

In Canterbury’s springtime joy,
Perhaps the Woman’s hearing’s healed,
And like the lone Samaritan,
She tastes the Christ in bread concealed.

Perhaps all Dante’s widening world
Reveals a grace too light and sparse—
And Virgil meets the Love at last
That moves the sun and other stars.

Sophie is a Stoa alumna who competed for three years with Skagit Defenders Speech & Debate Club and coached for two years. After high school, she attended Hillsdale College and will graduate this May with a B.A. in Latin and English. This fall, she will begin teaching English and Latin. 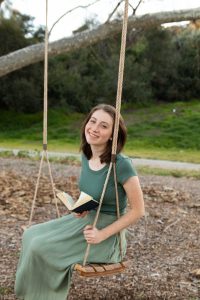 His suffering was not less due to His deity
Nor lighter weight to bear as God divine
But as the innocent, it was infinity
Compared to the deserved that would be mine

Clara competed in Stoa for 4 years and considers that experience to be the highlight of her highschool years. After NITOC 2020 was cancelled, she started investing more heavily in writing, launching her blog where she shares poetry, short stories, musings, and novel updates…but mostly poetry. (claraharneywrites.wixsite.com/website) More recently, she’s launched a writing Instagram account in order to further build her online presence and community. (@claraharneywrites) She is passionate about the potential Christians have for creatively influencing culture. Her favorite way to do that is through the power of words, whether written or oral. Clara is currently taking online classes with Patrick Henry College and enjoying time in CA with her 5 younger siblings and wonderful parents.
The views expressed in pieces written by guest authors are the authors’ alone and do not necessarily reflect the views of Stoa or the Stoa Alumni Committee.