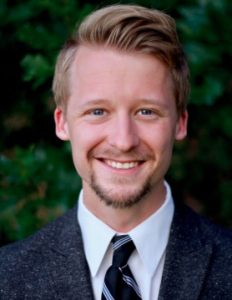 Where Are They Now?

Our alumni profile this month features Matthew Mittelberg, who grew up in Southern California and competed with Apollos (CA) and Resolve (CO) from 2007 to 2011 before competing at NITOC 2011.

Matthew was first exposed to speech and debate through a debate camp in summer 2007 and remembers being paired with a partner and having no idea what to do. But they got hooked after their first round and started running practice rounds in the stairwell! The road to success was long and difficult though — Matthew says he always wanted to go to nationals but was never successful in any events until his senior year. That year, he switched from TP to LD and entered the previously unfamiliar events of Persuasive and Extemp and went from never breaking in 2010 to being ranked #1 in both categories on Speechranks in 2011. Matthew took home a NITOC championship with his persuasive speech on the impact of propaganda messaging in the abortion debate. He saw his hard work in previous years pay off as he found himself prepared to speak to a divisive issue with clear reasoning and a level-headed attitude and says that experience “lit a fire in me for speaking to people about the issues that really matter in life.”

After competing in Stoa, Matthew enrolled at Grand Canyon University (GCU) where he graduated with a BS in Entrepreneurial Studies in 2016. He then took his talents abroad by completing a Certificate of Theology at Oxford University in England. Through his involvement in Stoa and subsequent studies, he found a calling as an apologist. Matthew explains, “I saw the need — people have real questions that require thoughtful answers. Christians doubt their faith because they’re often not given the answers they need to resolve their questions. And non-Christians are sometimes told to ‘just have more faith,’ instead of helping them to understand that both reason and evidence powerfully support belief in Jesus.”

Through his focus in apologetics, Matthew began working with Ravi Zacharias International Ministries where he is now a speaking Fellow. He speaks on apologetics topics at universities, schools, churches, and organizations around the world where he faces questions about faith that echo his old apologetics competition prompts such as, “Why would God allow evil and suffering?”, “Can faith and science coexist?”, and “Is faith irrational?” He enjoys opportunities to show evidence that supports faith in God such as the historical evidence for the resurrection of Jesus, the reasons we can be confident in the Bible, and the philosophical and scientific support for God’s existence. His recent speaking engagements include the Reboot Tampa youth conference in January of this year where he addressed several hundred students ages 12-18. He also was involved with a week-long series of events at the University of Florida in February.

Such engagement was incubated in the environment provided by Stoa’s presence as a ministry to students and families. Matthew encourages fellow Stoa alumni to continue honing their skills to engage the world around them. He points out, “The skills gained in Stoa are broadly applicable to many fields of life, but students are trained to use them in a highly artificial environment with very specific rulesets. How do you persuade someone in the real world, when it’s not an academic setting and people are easily offended? How do you respect someone’s opinion and be open-minded to new information while still holding on to your convictions and the things you know to be true? We can trust in Jesus and in his words, not based on blind faith, but because of the evidence. But until you decide to engage with this information yourself, you’re on the shaky ground of inherited faith. My advice: seek, and you will find.”

Stoa made a difference in his life. Invest in the next generation by giving today.